Harry Potter fans have precious little canon insight into the Marauders, specifically their time at Hogwarts, the First Wizarding War, and the aftermath of Halloween 1981. We’d love to see a television series or even another vignette like the one released in 2008. However, it would be hard to top the outstanding work of fan fiction that has broken records and taken the fandom by storm. We’re talking about All the Young Dudes, which was published on Archive of Our Own by the brilliant writer MsKingBean89.

Last week, we gushed as we listed seven of the most iconic moments from this 188-chapter masterpiece. Since this story has taken up residence in our hearts and minds, we’re back to share seven more of our favorite scenes and characters. Beware of spoilers! 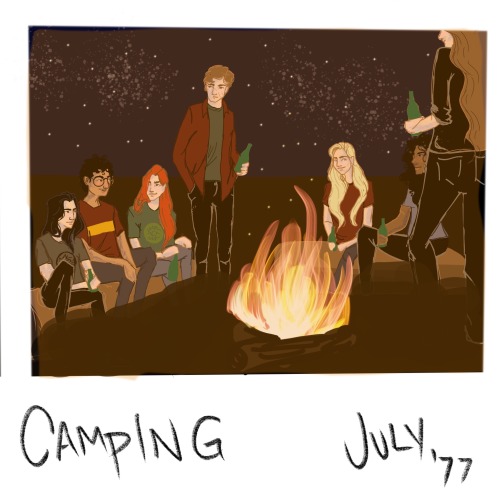 We can’t discuss ATYD without the iconic camping trip, chapters 114–117. Just before the war forced our beloved characters to grow up too quickly, the Marauders and their closest friends laugh and sing “Mott the Hoople” together on the beach in a moment of pure joy. Made more special when Remus impulsively comes out as gay to his friends and Lily and James finally get together, this trip emphasizes how young and carefree these characters were before things got dark. The juxtaposition between this dreamy camping trip and Harry, Ron, and Hermione’s Horcrux hunt is surreal.

James Finding Out About Sirius and Remus 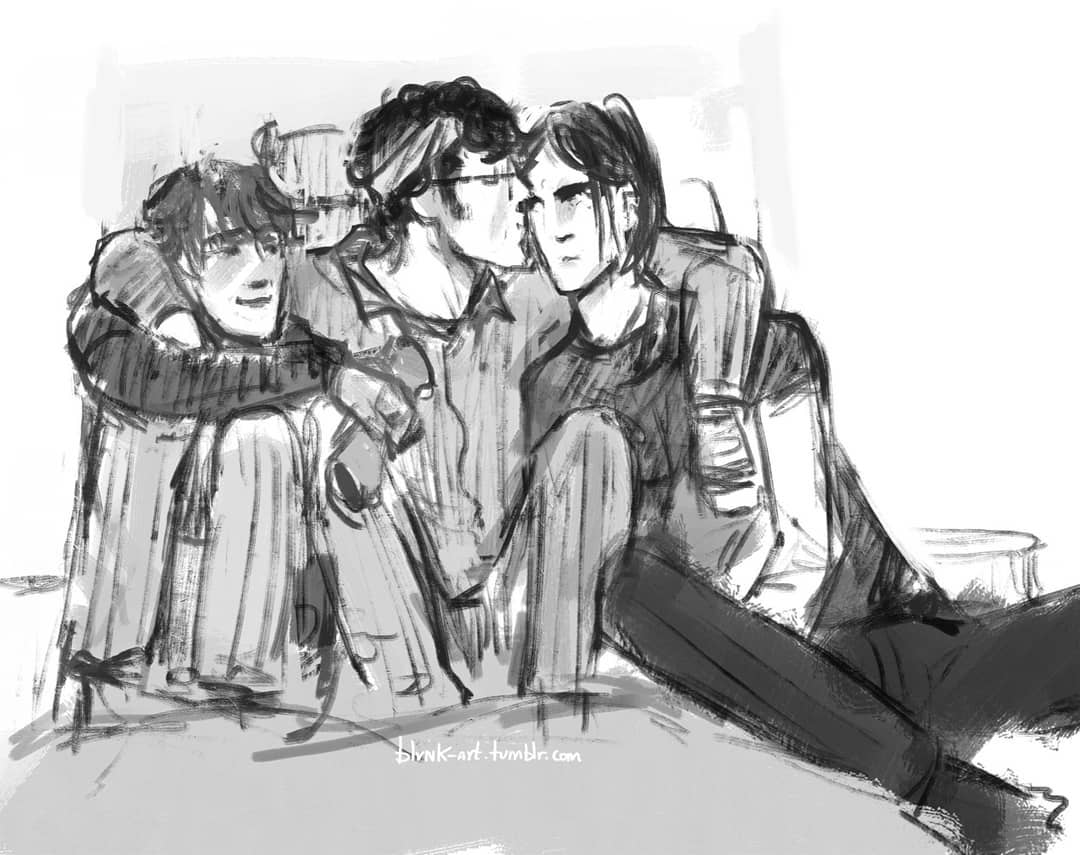 James has always been the best friend of one’s dreams, so there’s no doubt he’d be accepting of Sirius and Remus. Still, Chapter 128 is a pivotal moment, especially in the dynamic between James and Sirius. There’s a lot said between the two Marauders in that moment without any dialogue at all. But as much as we love having things left to the imagination, we’re glad that the author did go ahead and write a short story exploring this conversation. If it wasn’t already clear to you, the excerpt ought to make you realize that James Potter truly is a prince among men. 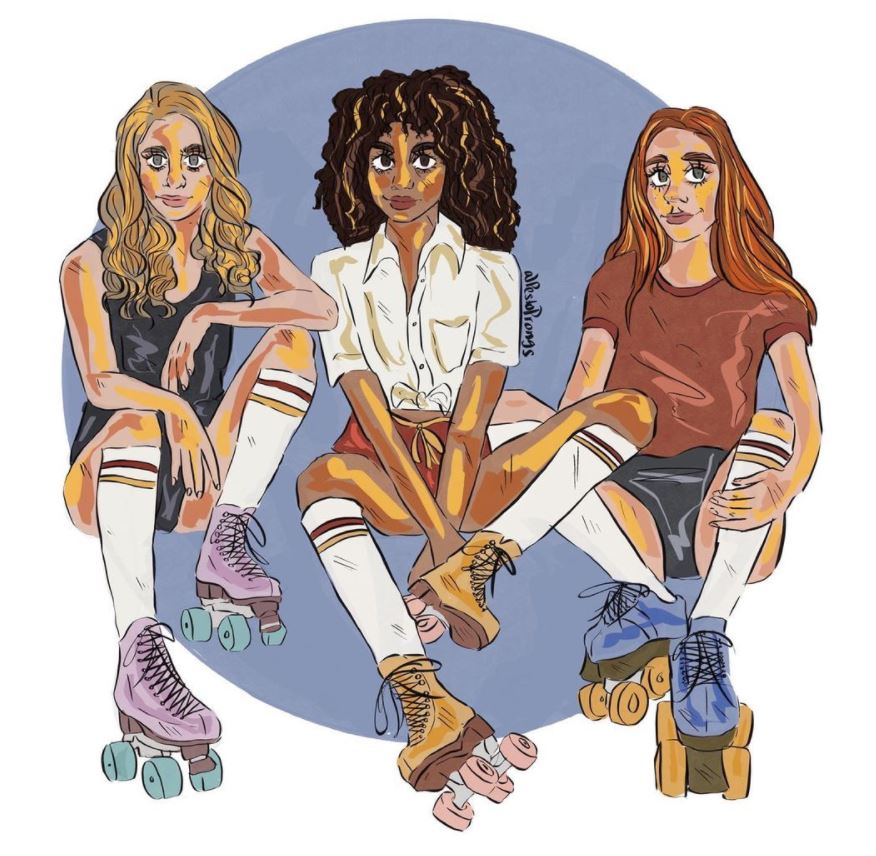 Who’d have thought the briefly mentioned Mary MacDonald and Marlene McKinnon would become so dear to us? Throughout the fic, Mary has been that loud, sassy friend who’s living her teenage girlhood to the fullest, with a few glimpses into her life every once in a while. It’s only in Chapter 133 that we get a good look at the quieter parts of Mary MacDonald, which often go unobserved because of her big personality. The comfort and understanding that she offers Remus in this interaction are truly heartwarming. In that vulnerable moment of accepting Remus for his darkest parts and Marlene for her secrets, she ends up teaching us that patience, compassion, and acceptance are really what true friendship is made of. 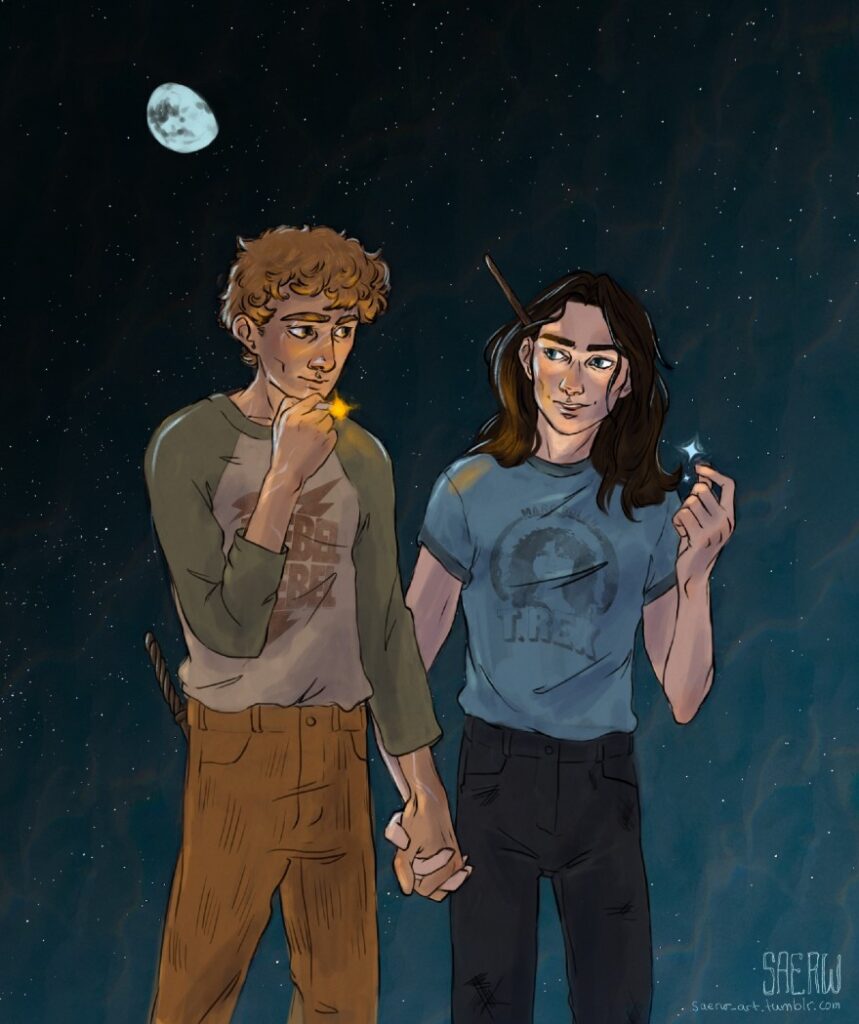 Our heart aches for Remus as he shares a vulnerable moment with Sirius in Chapter 142. He struggles to accept love, whether from his estranged mother or his boyfriend, and he is afraid of never being able to say it back. More than just a callback to a fond memory, these words are Remus’s way of expressing his love and gratitude for Sirius, who has been nothing but loving and supportive toward him despite his moodiness. 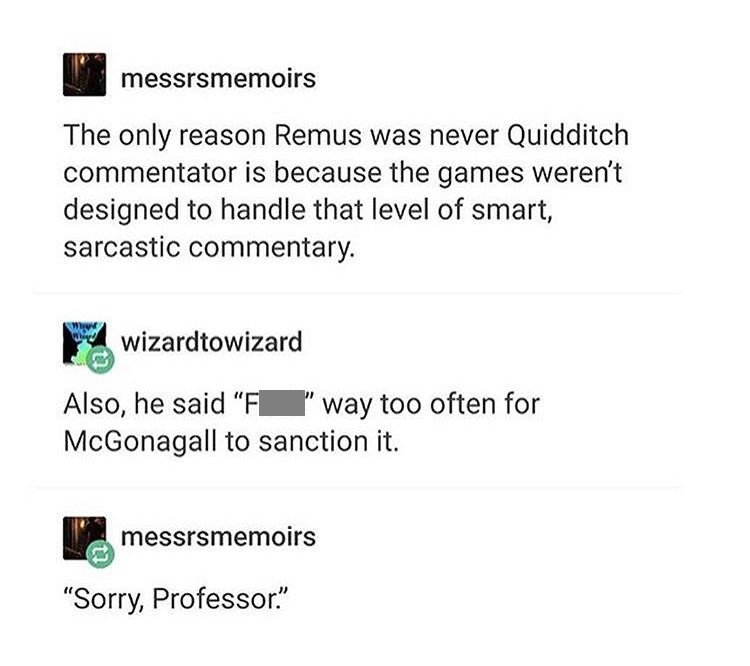 It’s as if the author took all of the best Marauders headcanons and wove them expertly into the story. Poor Remus cannot escape his fate in the commentary box in Chapter 148, all thanks to the blob of Lockhart jelly and Minerva McGonagall’s excellent parenting skills. Remus’s narration is every bit as enjoyable as Lee Jordan’s, especially when delivered with his colorful vocabulary that inevitably ends up spilling out.

Sirius Getting Remus a Telephone 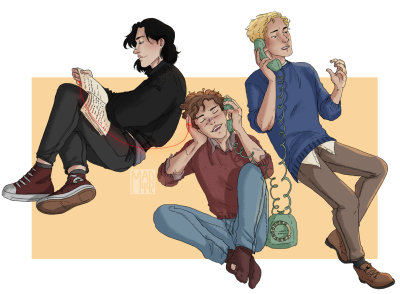 Chapter 153 provides some levity in wartime. Who gets their boyfriend a means of communication that he’ll only ever use to talk to someone who’s obviously in love with him? Sirius not only understands the special place that Grant holds in Remus’s life, but he also respects it. Especially with the war hanging over their heads, he tries his best to preserve the small thread of normalcy in Remus’s life. How then could Remus not grab his face and kiss him full on the mouth? 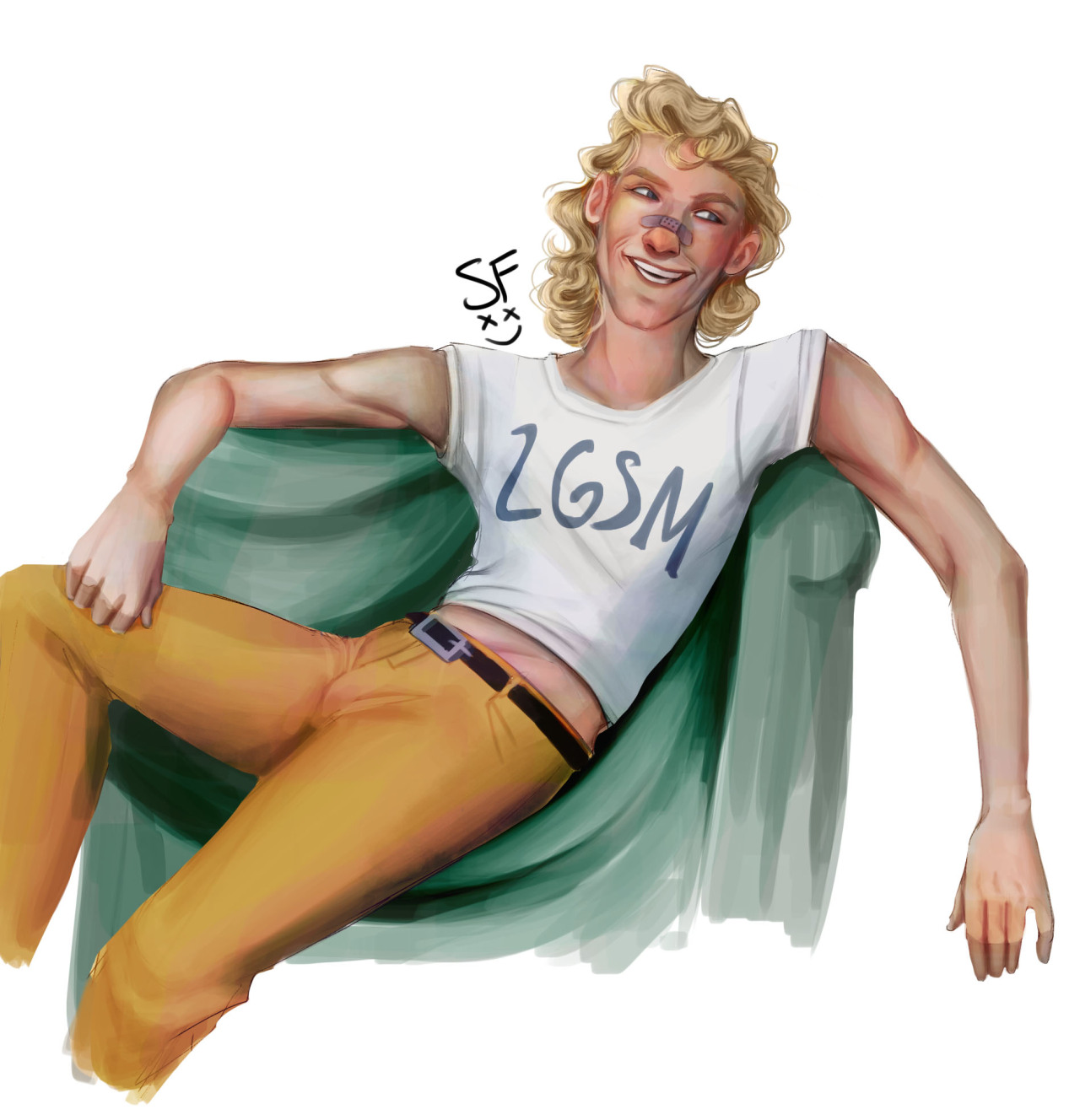 It’s impossible to not fall for Grant, no matter how ardently you ship Wolfstar. He becomes Remus’s strength, sticking with him through his worst. But Grant always knew he could never take Sirius’s place. When the time came for him to step away in Chapter 188, he does so with utmost grace and in true Grant Chapman manner. You’re left as torn up as Remus, knowing it’s time to say goodbye but not wanting to let him go either.

Congratulations on finishing a slow-burn fan fiction almost as long as the Bible. We’re sure you would respond as expected and say, “Anything for our Moony.”