The Doe’s Sacrifice: How Lily Potter Saved the World

In the wizarding world, Halloween is known for feasts, floating pumpkins, ghost parties, and the beginning of the golden trio’s friendship. However, October 31 is also when Harry Potter became the Boy Who Lived. On this day, James and Lily met their end, and Voldemort failed to murder their son.

The night wet and windy, two children dressed as pumpkins waddling across the square… And he was gliding along, that sense of purpose and power and rightness in him that he always knew on these occasions…. Not anger… that was for weaker souls than he… but triumph, yes…. He had waited for this, he had hoped for it….” (DH 342-43)

After Severus Snape regrettably pointed Voldemort toward the Potters, James’s fate was sealed. But while James had no control over his death, Lily controlled hers. She was supposed to be protected because Snape had asked the Dark Lord to spare her life. She could have lived. In dying, Lily set the path for Voldemort’s downfall. Her sacrifice gave Harry the power of love, a protection spell sealed with the blood spilled by her death. 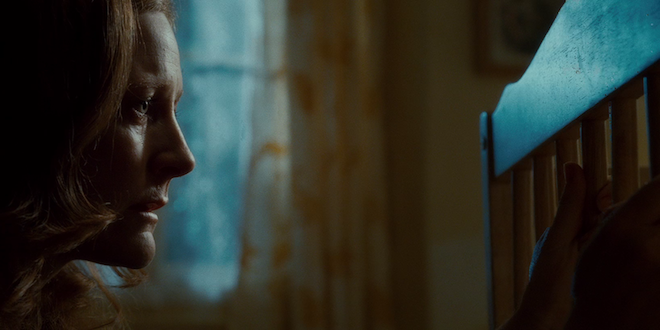 Sacrificial rites have appeared in countless religions and cultures throughout history. Celts, Aztecs, Indians, and Vikings are just some of the groups that are known to have practiced some form of human sacrifice. It was often intended to bring good fortune or to pacify gods. Some of those who practice contemporary witchcraft still make offerings to elements and deities, though rarely involving human life. But spilled blood has a history of power in mythology.

Ancient legends, myths, and texts inspired storytellers to include sacrifice in their tales over the centuries. From Antigone to Juliet and Gandalf to River Song, giving up your life for someone else is an act reserved for protagonists and heroes. Harry Potter is often compared to Jesus of Nazareth since both offered up their lives to save others; though, people seem to forget about Lily. The closest contemporary comparison I can make to her sacrifice is that of John Gilbert in The Vampire Diaries, whose death allowed his daughter Elena to wake unharmed after having her blood sucked dry. By its prevalence in ancient mythology as well as modern stories, sacrifice is a widely appealing concept. Thus, it comes as no surprise that it not only appears in Harry Potter but plays a crucial role.

Voldemort uses sacrificial magic in the graveyard, brewing blood, flesh, and bone into a new body. Still, the only other confirmed instance of Lily’s protection is in Harry’s death in the Battle of Hogwarts. It’s assumed that this type of magic is studied in the Department of Mysteries. Why is it not more common? Why doesn’t James’s death protect Lily? Does every loved one who dies from the Killing Curse cast this spell? I think not.

I believe it has to do with the specific circumstances of Lily’s death, particularly Snape’s involvement. James and Harry were destined to be cursed on Halloween, but Voldemort intended to keep his promise to Snape. Lily didn’t have to die when she sacrificed herself willingly. By shielding her son, she locked the love-magic in place for years. Like John Gilbert, she offered her life, hoping to keep her child safe.

Lily is celebrated as a witch with powerful motherly love, and she should be. But I think she deserves more credit for this specific magical protection. Some pose Dumbledore as the mastermind behind this sacrifice while others assume Lily intended for Voldemort’s curse to rebound off of Harry. I disagree; I believe she had no idea the effect her death would have on her son and on the wizarding world at large.

Lily’s sacrifice caused a ripple effect that led to Harry being safe at Privet Drive, to Voldemort taking Harry’s blood in the graveyard, and finally to Harry being able to come back from the dead to finish Tom Riddle off once and for all. The power that Voldemort knew not was also a power Lily did not fully understand. Her story teaches readers about standing up for what’s right and protecting those you love, but she also shows us that there is great power in our actions even when we don’t always intend or know the outcome.

Perhaps the most poetic part of Lily’s sacrifice is the fact that its power lives in Harry’s veins. Her Muggle-born blood ends up holding more power than any other magic in the wizarding world. This makes me excited to see what the Fantastic Beasts series has in store with the blood pact. Perhaps Jacob Kowalski will have a larger role in Gellert Grindelwald’s demise, once again showing us what Lily proved on Halloween night many years ago: that love conquers all.