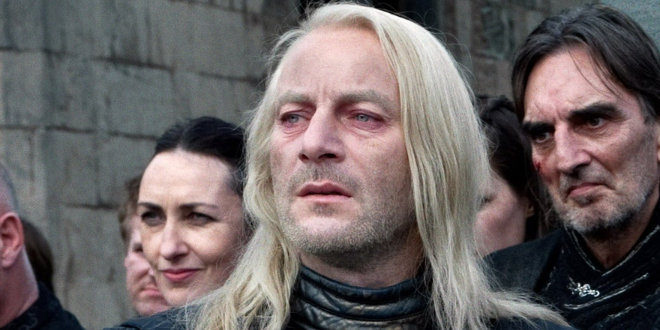 Which Death Eaters are present in the Battle of Hogwarts and where? hpboy13 has it figured out.

Check out hpboy13’s breakdown of which Death Eaters were present at Malfoy Manor and during the Battle of the Seven Potters.

Department of MYTHteries / The Quibbler

MYTHTERY: Lavender Brown Is Alive and a Werewolf

Lavender Brown is alive and well, except during the full moon…

The Battle of Hogwarts Read Around the World

On the anniversary of the Battle of Hogwarts, our staff and some special guests read significant passages from the event in different languages.

While his Horcruxes may be destroyed, Lord Voldemort lives on as one of the best fictional villains in history through these top memorable moments.

Letters to the Editor / The Quibbler

Minerva McGonagall: The Most Underrated Character in the Series – Part 2

Professor McGonagall may seem like just a teacher, but she’s a warrior when she needs to be.

Halloween is almost here! Check out these two United States homes that took decorating to a new level with “Harry Potter” displays.

Free Will: Harry the Horcrux and the Power of Choice

The power of choice is a major theme in the “Harry Potter” books, from the Sorting Hat to destiny. But did Harry ever really have a choice? And did the choices he make have a real impact on his world? Read on to find out.

J.K. Rowling Makes Magical Donations in Honor of the Battle of Hogwarts

J.K. Rowling has marked the 22nd anniversary of the Battle of Hogwarts by making donations to two British charities.